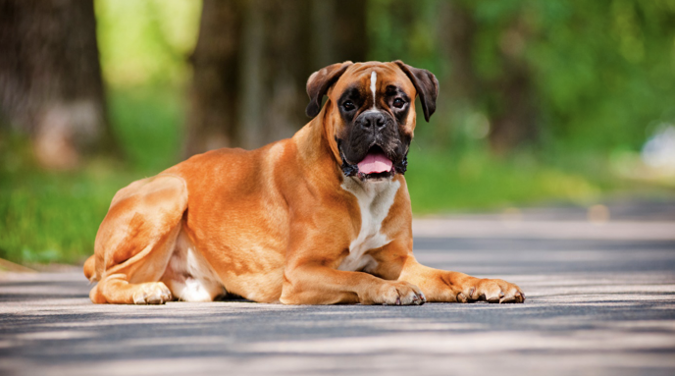 Ever had a pet dog at home that ticks all the boxes of a loyal, intelligent, highly compassionate and active one, who doesn’t like being left alone at home? It must be a Boxer. If it isn’t one, or don’t have a dog at home yet but are considering getting one, then this could be the next best thing to a cat in your home.

If the above traits appeal to you, there are a few things you should know about these dogs before you bring them home and introduce them to your family.

Where Did Boxers Come From?

Said to have descended from the “Bullenbeisser” breeds, also known as the German Shepherd, they are a cross between a bulldog, mastiff and some are even crossed with Great Danes. They first originated in the 19th century in Germany as helpers to the butchers as well as helping around slaughterhouses. Click here for more on this.

They were also employed by the police enforcement as their “seeing-eye dog”, as well as guard dogs and simply as companions because of their loyalty a fondness for children. As powerful an animal as they are, when they are around babies and little children, they can be the gentlest creatures around.

The name has no certain origin however many breeders swear that the name came about as an indication of how their front paws resemble a human boxer when he is tight-fisted with white gloves. They were then imported to the United States in World War 1 and bred across the land, and the rest is history.

It is no surprise that boxers are very muscular breeds, either when you see them or you play with them, you can tell that these are powerful canine companions. The male boxers, can grow up to 25 inches and can weigh over 35 kilograms. Suffice to say they need space in a home, and if you live in a small studio or apartment, you may need to rethink this.

With a strong and distinctly shaped square head, they have a robust jaw and blunt muzzle with a broad but deep chest. In the olden days, their ears were cropped to stand erect to give them a more dominant look, but nowadays pet owners leave them to flop over as they naturally should: https://www.yourpurebredpuppy.com/reviews/boxers.html

If you are looking for a dog that seldomly sheds its fur, these canines have very short hair and as such rarely shed their commonly found brown hair. Their white marking is often found around their mouth and on their chest.

Living with A Boxer Personality

These are some of the most intelligent dog breeds in the world. they are also very playful so will be a good addition to a home with young adults. They prefer the company of their owners and don’t like being left alone in a house, as they are very loyal they want to be around the family as much as possible and will fiercely protect the home from strangers they haven’t seen before.

Very few of them will bark and if they do, it will be for a good reason. If you hear them growl, it is their way of having a conversation with you. As they are playful and like to keep busy, making sure they get plenty of exercises and enjoy some well-liked activities is key when having them around.

If you are looking for a proper companion to have with you at all times, they would make the perfect ones. the majority of them are adopted on country estates and farms, and sometimes smaller houses as long as there is an opportunity for them to run around and keep busy. If however, you do not have the room, the recommendation is to take them for regular walks and playtime in the park to keep them happy.

However, because they are not such big fans of hot weather, it is imperative to be careful when taking them out during the summer months. Short periods at a time is fine but not too long.

On the other hand, because their coats are not very thick, they may need protection from cold weather, and a jersey or dog covering is advisable. One of the advantages of them having this coat is that you can look after it very easily.

A good diet, exercise and plenty of water are the key things that will keep their coat healthy and shiny all year round. If you look at this holistapet boxer dog info you can see how a well-fed one can look, and additional pet supplements such as CBD oil or vitamins and minerals make for a good all-around approach to keeping them away from frequent visits to the vet. Grooming them with the right brush or rubber mitten can help too, as well as occasional bathing using a mild pet shampoo and warm, but not too hot or cold, water.

Something you may not like is that most of them have a popular tendency to drool, much like a lot of the golden retrievers do, so make sure they don’t get that on you or the furniture. There is no sure way of minimizing this as it is a natural trait. Breeds such as these live for as long as 10 years on average.

Knowing the basics before bringing the big guy home, whether he is still a puppy or a grown-up, is a good idea so you can do the right preparation beforehand and register yourself with a local vet.