There’s something about posters that makes them incredibly powerful and captivating. Maybe it’s the fact that they can be both complex and straightforward simultaneously, or perhaps it’s the ease with which they can evoke such strong emotions in people.

Regardless of the reasons, posters have been used for more than a century to communicate messages on a massive scale, be it for propaganda, war effort, or marketing. In this blog, you’ll see some of the most iconic posters in history that changed the world. Each one has a unique story to tell and has helped shape the world we live in today!

“I Want You” poster from World War I 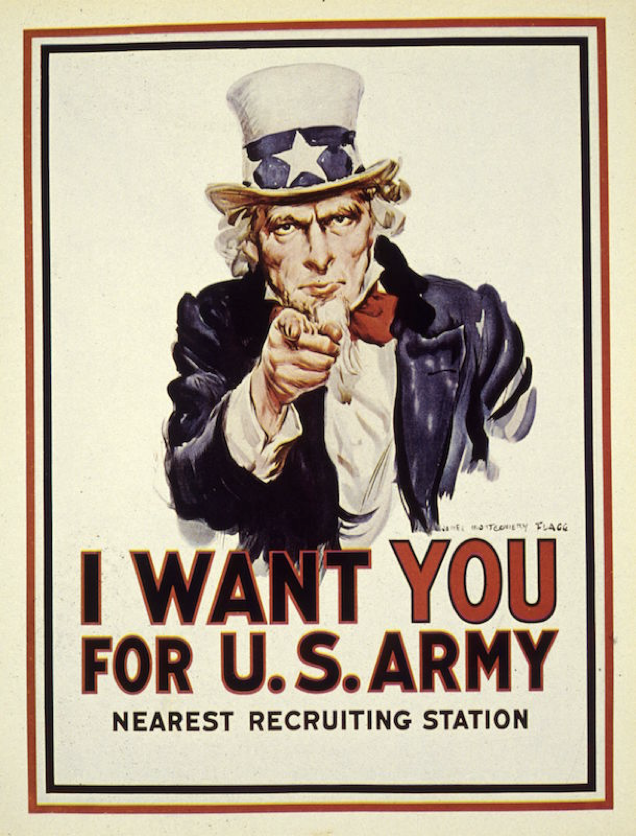 Every person has seen this poster, mainly because it’s found in many memes today. Although you might have stumbled upon it in a comical context, it wasn’t amusing when James Montogomery Flagg created it.

This poster aimed to recruit soldiers in the war effort in World War I, and it was incredibly successful! That’s why the stern-looking Uncle Sam has the words “I Want You” imprinted across his chest. Had it not been for this poster, the recruitment drive would have failed, and the United States, along with Great Britain, might have lost the war to the Central Powers. 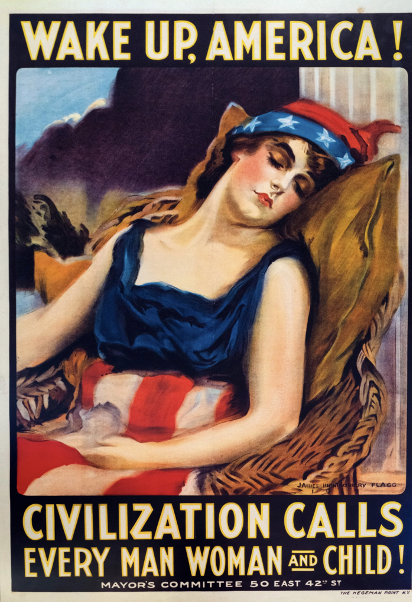 Speaking of World War I, here’s another captivating poster by James Montogomery Flagg. Flagg created this poster in 1917 when the United States joined the First World War after having stayed neutral to it for more than two years. The poster portrays the famous actress Mary Arthur sleeping wearing clothes that depict the US flag.

The more subtle yet alarming aspect of this portrait is the ominous black clouds looming at the back, suggesting that the impending storm of the World War threatens the US while its citizens sleep. This poster was supposed to be a wake-up call for all Americans, including “every man, woman, and child.” Thanks to this poster, the US amassed public political and military support, which helped it win the war. 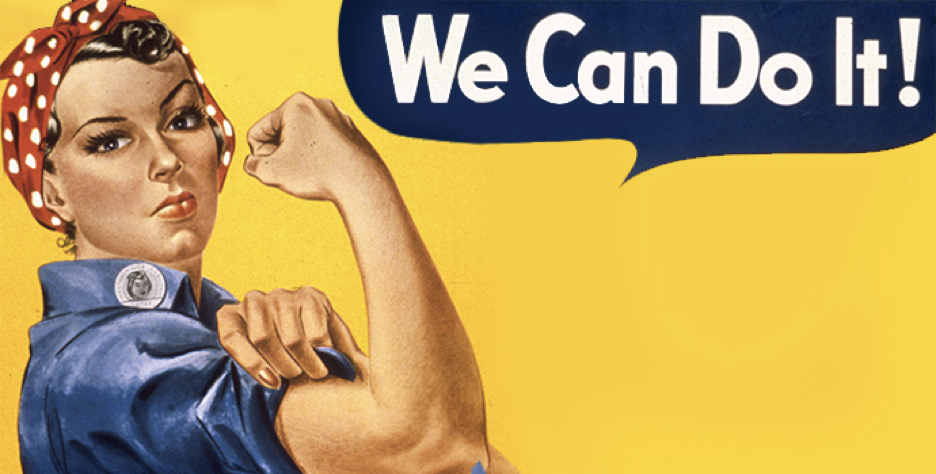 Created by Howard Miller in 1942, the “Rosie the Riveter” poster is one of the most critical posters in the history of feminism. As World War II raged on and men enlisted in the war, women became a vital part of the American workforce to pick up the economic slack in service to their country.

In this context, Rosie the Riveter became the first famous symbol of female empowerment, portraying a woman with commanding masculinity and a male power pose. This was the turning point in history when it became natural for women to participate in the workforce even after the war was over. Had it not been for this poster, efforts for female emancipation, including suffrage and the three waves of feminism, might have taken longer to unfold.

“I am a man” civil rights poster

The black civil rights movement of the 20th century was a long, hard-fought battle of the black American community fighting for its constitutional rights. After a malfunctioned truck crushed two African American garbage collectors, the “I am a man” poster became the black man’s slogan. Strikes followed within a week, and thousands of African Americans swept the streets with “I am a man” posters.

This iconic poster reminded the American political elite and the public that black people had the same rights as white people. It was a stark reminder that while the American Constitution and the Declaration of Independence guaranteed equal citizenship, the reality was far brutal. This poster was the stepping stone for the King’s Civil Rights Movement to take shape and make America the flagbearer of democratic values that it is today.

“Workers of the World Unite!” 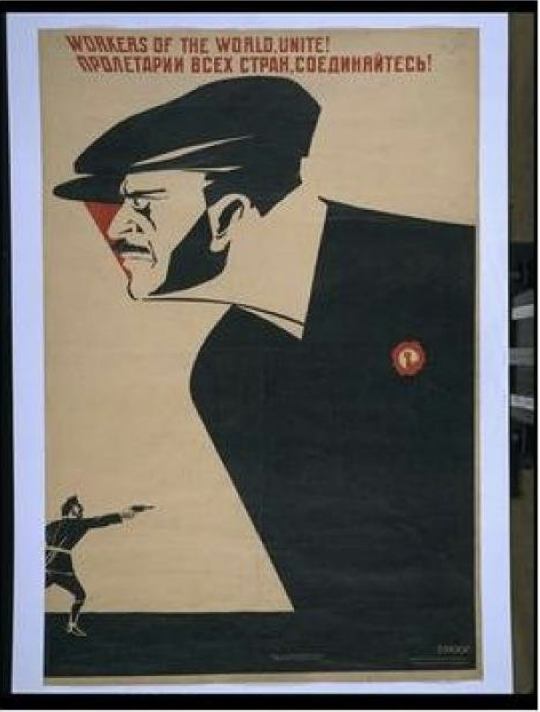 Dmitri Moor’s poster titled “Workers of the World Unite” is a rallying cry for the working class and calls on the Russian public to unite and fight for its rights. It is a classical depiction of the social, economic, and political changes happening at the time in Soviet Russia, and it also marks the point when Russia officially became communist.

This poster is one of the best examples of propaganda art from the early 20th century, when the world was rapidly evolving. It also shows how a poster can inspire an entire revolution across and beyond a country. On a lighter note, you can create a customer poster too, though don’t expect it to start a revolution. 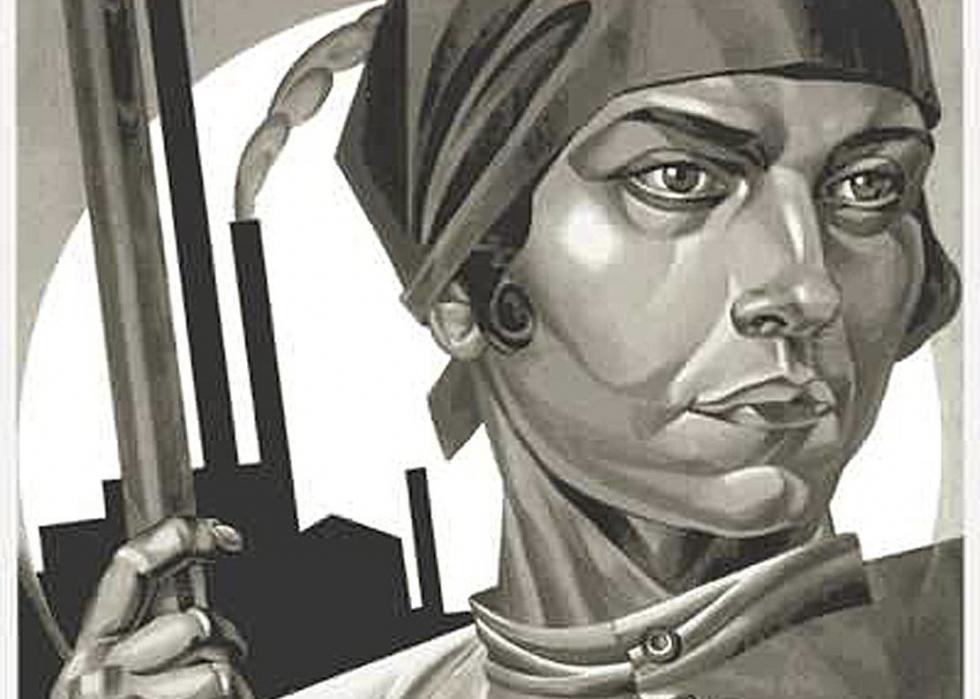 This poster emerged in the Soviet Union in 1919, and it shows a woman standing proudly with her fist held high in the air. The text on the poster reads “Emancipated Woman – Build up Socialism,” which intends to inspire women to participate in the socialist movement.

When women’s oppression was the norm, this poster was a powerful symbol of female empowerment. It showed that women could be just as strong and successful as men, and it helped pave the way for future generations of women to achieve equality.

Art has always been a massively powerful tool to influence the world. It can inspire change, bring people together, and spread a message. The posters above are a testament to how influential art is in shaping history!

Creating posters that move your audience can be challenging, but it’s a walk in the park compared to the pre-internet era. Thanks to the internet, all you need to do is use a poster maker to make iconic posters of your own!