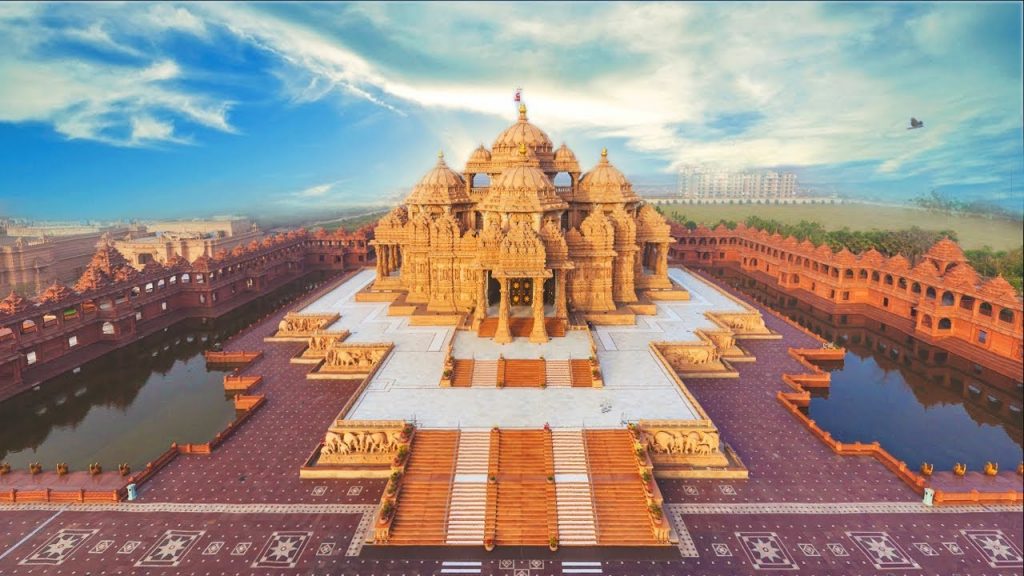 When it comes to India, there is no country like it that contains so many top places that not only contain historical significance but are rich in architectural beauty. If you were to visit each and every historical site in India it would take you months if not years. If we compile a list of all the historical sites, it would be a long one, but I am going to share some details about my four favorite places that you must visit if you are ever in India.

The Red Fort in Agra is a fortress in which some of the Great Mughals resided. Magnificent palaces and gardens are hidden behind the mighty fortress walls of the fort. The fort owes its name to the fact that almost exclusively red sandstone from the Rajasthan region was used for its construction. Construction of the fort began in 1565 under the then Mughal Akbar, when he moved the seat of government from Delhi to Agra.

The complex was expanded under Shah Jahan, who also had the Taj Mahal built. The Red Fort and the Taj Mahal are only a few kilometers apart and are not only closely connected geographically. Shah Jahan’s son ousted his own father and locked him in the tower of the Red Fort. From there, Shah Jahan could see the tomb of his beloved late wife. When the capital was moved back to Delhi in 1648, Agra and the Red Fort lost their importance.

The Darjeeling Himalayan Railway is a railway that runs from Shiliguri to Darjeeling. The narrow-gauge railway was also called “Toy Train ” because of its small size. The railway line was built by the British colonial powers between 1879 and 1881. Over a length of 86 km, the train crosses 2000 meters in altitude and crosses 554 bridges. The railway line has an average gradient of 44%, at the steepest point even 56%.

During the journey, the train passes endless tea plantations, tropical forests, rocky landscapes and waterfalls and offers its passengers wonderful, varied landscapes. Thus, the trip with the Toy Train is not only an absolute highlight for railway fans. The Darjeeling Railway has been a UNESCO World Heritage Site since 1999.

Located in Ahmedabad city, the Manchester of India, Dada Harir Stepwell is a place of marvel and beauty. It is an eight story deep octagonal shape carved into the sand stone surrounding it. What makes Dada Harir Stepwell so special is the intricate carvings, which depict the Islamic, Hindu and Jain architecture of that time.

Dada Harir is not just beautiful in its architecture, but also in its history. It was built by its namesake in the 1400s. She was the head woman of the Harem of the Sultan of Gujrat, Mahmud Begada. Dada Harir had other achievements as well but nothing surpasses this stepwell.

The Amber Fort is located not far from Jaipur on a mountain range of the Avaralli Mountains. Man Singh commissioned the construction of the fort in 1592 primarily for protection and indeed at first glance the fort with its massive walls is a fortified fortress. From the inside, however, the fort looks more like a pompous palace. There are numerous pavilions, courtyards and even a temple and a magnificent audience hall.

Since the fort is located on a ridge, you can enjoy a wonderful view of the valley from the pavilions. A special characteristic of Amber is the beautiful facade and the numerous balconies. Amber Fort also has another highlight ready: the so-called mirror hall is covered on the inside with glass and mirrors that are decorated with elaborate flower ornaments. The overall picture of the hall of mirrors is impressive and amazes its visitors. On the same level as the Hall of Mirrors, there is also the Mughal Garden, which is a green oasis in the middle of the complex, and the Sukh Niwas, the “Hall of Pleasures”.