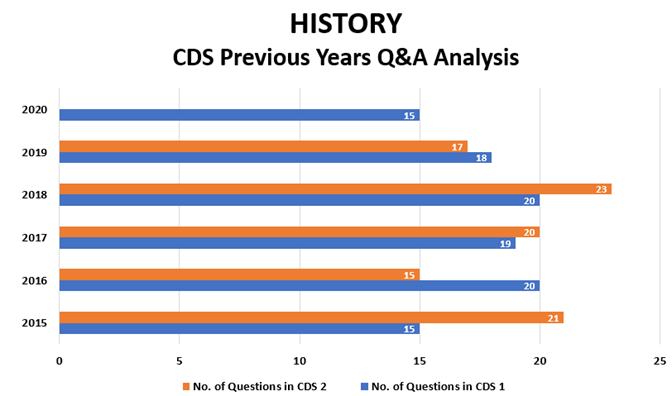 The UPSC releases the notification for the CDS exam which covers a large number of non-technical positions, including SSC Women, for applicants interested in joining the Indian Army, Navy, or Air Force.

The UPSC has already released the official schedule for the CDS 2022 test in 2022. The candidates must begin their preparation right from the day the notification has been released. Both male and female candidates are eligible to apply for the CDS exam that is conducted twice a year.

The CDS Syllabus comprises the following subjects that should be prepared thoroughly to crack the exam.

The NDA  and CDS  tests have been declared by the Union Public Service Commission. If candidates are well-prepared, they should know how to prepare GK for CDS and NDA examinations with BYJU’S Exam Prep.

Both tests examine GK (general knowledge); the NDA exam contains a General Ability Test that incorporates GK, whilst the CDS exam has a separate paper for the GK part. The General Ability Test, or GAT, in the NDA Exam consists of 150 questions. The exam is worth a total of 600 points. Thousands of qualified applicants miss out on the SSB interview every year because they do not get the required score on both examinations. As a result, while there is still time before the examinations, students should understand how to study GK for the NDA and CDS tests. The following are some simple strategies for practising general knowledge in preparation for the NDA and CDS tests:

Use BYJU’S Exam Prep for best GK preparation for CDS.