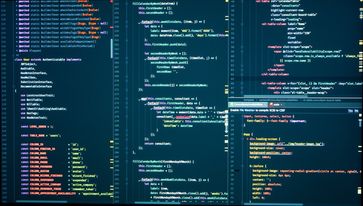 In general, web development has gained popularity in recent years. As a result, an increasing number of companies/businesses recognize its true relevance for generating leads and creating a strong online presence for brand awareness. They require talented designers and developers to create high-performing websites based on the most recent tech stack and market trends.

Front-end developers certainly write for an immersive user experience, but backend developers are the unseen architects that enable functionality without a hint. In this article, you will learn all you need to know about backend web development, including how to design a backend for a website, how it works, backend structure, and how to become a backend developer.

What Is Backend Development?

In a nutshell, backend system development is everything that happens “behind the scenes.” Backend developers, as the name implies, are in charge of assuring the website’s scalability and functionality regardless of visitor volume.

Aside from that, they collaborate with front-end developers, programmers, UX/UI experts, and full-stack developers to create unique solutions that meet a variety of corporate goals and requirements.

The proper software Backend frameworks serve as the backbone for quicker applications and websites. They are regarded as a necessary component of web development projects since they provide much-needed interaction for web applications. Because the backend allows the website to run, frameworks are server-side backend programming languages that make server configuration easier.

You must be well aware that an application’s server-side or backend processes include (but are not limited to) user logins, payment management, customer assistance, order management, and so on.

Developers require APIs for such interactions since they easily connect websites, databases, and services. Some of the most frequent APIs used in backend development are Firebase, Backendless API, Wix API, StackAPI REST API, and so on.

Databases assist administrators in storing, managing, updating, and deleting any or all data on the server. In layman’s terms, a database is a repository that holds all of the data entered at the front end, such as user names, email addresses, passwords, orders, and so on.

They are pieces of computer hardware or software that receive incoming requests from customers or service providers. Servers make resources, data, services, or applications available to clients over a network. Any device that provides or shares resources with ‘clients’ has the potential to become a server.

It is regarded as the king of all frameworks and is frequently utilized in the development of websites and other web applications. Netflix, Google Earth, Uber, and Tinder are some popular examples. It is also an object-oriented programming language that supports cross-platform development.

Because it makes the development process easier and faster, RoR has grown in popularity and favor within the developer community. Popular examples are Airbnb, Goodreads, Kickstarter, and Groupon. Aside from that, it’s well-known for its metaprogramming capabilities. Ruby On Rails may be a fantastic investment for companies since it not only provides some tremendous benefits but also has several hidden jewels that make investing in its learning curve well worth your time.

Is one of the most widely utilized computer languages for backend development. Spotify, Google, Reddit, Instagram, and Dropbox are just a few examples. Here’s a how-to guide for finding and hiring professional Python developers.

With its prevalence in backend development, this programming language is believed to be trending in the tech sector. It was first used to construct mid-level projects, but with developments, it is now capable of handling large-scale projects as well. It is extremely scalable, which is one of the main reasons why developers favor Node.js over other frameworks.

Important Skills of a Backend Developer

If you need to employ backend engineers for your team or need staff augmentation for a short-term project, we can help. Check that the backend developers you’ve chosen have the following abilities:

I hope you have learned about how to create backend for website in this blog post. When a developer is creating a website, he must know about the other development things like databases, frameworks, etc. A skilled developer must have knowledge of operating systems, web architecture and tools, hosting, cloud computing, frontend development, and many other things.

I hope you have understood all the essential information about backend web development. If you have any questions regarding this, you can contact different companies for further assistance.