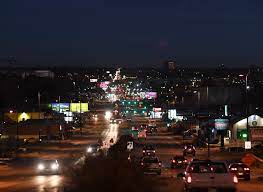 In Colorado, there is no curfew law binding the adults. However, for the teens, there’s one curfew law that binds them for a stipulated period. According to this law, a teen who’s just got a driving license shouldn’t be seen driving between 12 midnight and 5 am. These hours are prohibited for a teenage driver within the first year of getting the permit. That means, after a year, the teen has the freedom of any adult in the state. This is the primary curfew law that exists in colorado. In Colorado Springs, the time is between 10 pm and 6 am from Sunday to Thursday and 12 midnight and 6 am on the other days.

While Colorado is strict with its curfew laws to protect the teens, there are some exceptions. If any of the following occurs, the teen wouldn’t be penalized by the law;

As explained above, the curfew law in Colorado is for teens and teens alone. While the state is not known for having many curfew laws, the state has implemented some temporary curfew laws in the past. One of these curfew laws came when the George Floyd homicide case was heated. Because of the aggravation of the public, there were reports of violence and protests at different locations. Because of this, there was a curfew in June 2020, from the third day to the eighth day. Another curfew law came in 2020 to curtail COVID-19’s spread. This curfew lasted between November 8 and December 7, 2020. These curfews affected everyone, both young and old.

The primary purpose of curfew laws in any state, including Colorado, is to ensure the safety of its citizens. For instance, a teen driver who’s not had a year of experience may not fully understand how to drive in the middle of the night. That way, they’ll be putting themselves in

danger, as well as others. The temporary curfew laws in 2020 were also aimed at keeping the citizens of Colorado safe and sound.

In most cases, the consequences a teen will face for violating the curfew law will vary per jurisdiction. Most of the time, however, it’s usually a fine that can be as low as $125 and as high as $1000, depending on the jurisdiction.

HOW TO BUY ELON’S MARVIN (MARVIN)