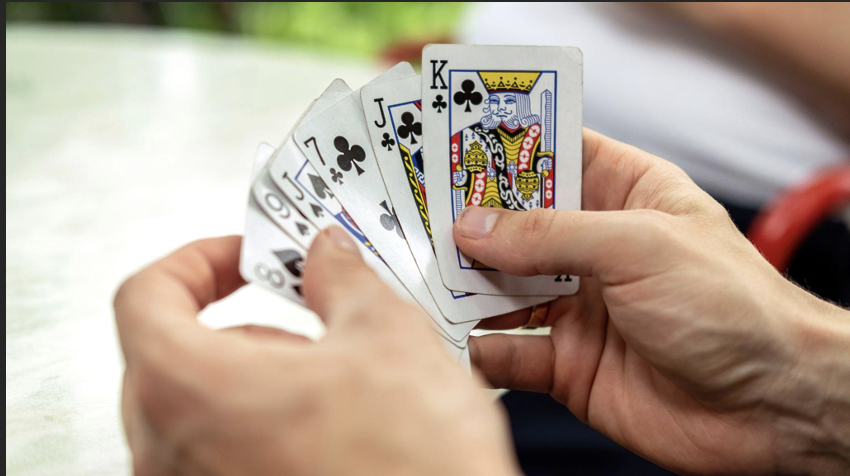 Poker is a highly popular card game in which people bet that the value of the cards they hold is higher than those of other players in the game. As the game progresses, each subsequent player will be required to equal or raise the bet, or drop out (called folding). It is played with a standard deck of 52 cards, and is one of the most widely played card games in the world.

Playing a game of poker entails forming sets of five cards, which are called hands, and each hand has a rank in the rules of poker, and when each hand is compared at the end of the round, the hand with the highest rank wins the pot, or the collection of money that has been wagered.

That being said, each hand is categorised on the basis of the patterns that are formed by their respective cards, which include three of a kind, four of a kind, straight, flush, full house and straight flush. Consequently, a hand in a higher ranking category will always rank higher than one in a lower ranking category, and within each category, hands are ranked on the basis of the ranks of individual cards.

The rules of poker are fairly straightforward and this game has become so popular that it is possible to play with anyone – from friends to total strangers – from the comfort of wherever you may be located. All you need to do is to download poker game on your smartphone or tablet, which is safe and secure.

Playing poker online is usually safe, but just like with any other game, there will always be people on the lookout to make swift and sly gains at the expense of honest players. This article in Nerds of Gambling talks about how people cheat in physical poker. However, in this blog, we take a look at some of the most common ways some players use to cheat while playing online poker. You must be aware of these ways so that you don’t get cheated in a game of poker.

Collusion refers to the practice of secretly partnering with another or more players with the objective of increasing one player’s chances of winning in a game. Collusion has always been a problem in the physical version of poker, and it exists as a significant issue even in the online version of poker. Many of the top online poker sites strongly disapprove of collusion and have measures in place to help avoid it. Colluding in online poker is pretty simple. A player can share their hole cards (i.e. the cards they are holding which only they can see) as well as their gameplay strategy with a third person via any communication method, be it a phone call, Skype or social media. There is another form of collusion in which players in a tournament gang up with the objective of forcing another player with a small stack of chips to go all-in and possibly get eliminated as the game progresses.

Another significant problem in both physical and online poker is a phenomenon called ghosting. Ghosting is said to happen when a player gives advice to another player when a poker game or a poker tournament is underway. In the physical form of poker, ghosting can be prevented, but it is not that easy to prevent ghosting in online poker games and tournaments. While in physical poker games, ghosting can happen when two friends are sitting next to each other, but in online poker, this happens through software and apps such as Skype, social media and voice or video calls, which two people use to communicate with each other. Sometimes a player is even ‘taught’ how to play through this method. It is believed that ghosting is the most common form of cheating in online poker.

Bots refer to computer programs that play or perform an activity instead of a real human being. Poker happens to be a game in which one needs to make mathematics-based decisions, and bots are able to play the game without a flaw. In other words, bots are among the worst possible opponents you can have while playing as they will decrease your chances of winning by a huge margin. That being said, it is tricky and sometimes impossible to know if a player is utilising a bot, and most online poker sites acknowledge that this is a huge problem. Bots can be highly advanced and sophisticated tools that are able to copy and perform human actions. But the good news is that there are ways to tell if a player is using a bot, such as if a player is seen to be playing for long spans of time without a break or if they are playing too many tables at the same time, or even if they are seen to be playing a perfect hand every time.

Just as the name implies, multi-accounting is another commonly used cheating technique. In this method, players will register several accounts to their name, or to non-poker playing friends or family members in order to unfairly increase their chances of winning as they can play as different people. Multi-accounting also helps in collusion or can even enable a player to play incognito. Needless to say, multi-accounting is a problem not just a problem for all honest poker players, but even for apps and online poker sites as each individual account will receive bonuses. Many poker sites and gaming platforms expressly forbid players from having more than one account, and, if caught, they are often penalised.

While playing poker, if a player knows the hole cards of their opponents, that automatically gives him a tremendous advantage over all of the other players as they now have an increased chance of winning. As online poker games run on software, there is always a risk that the software may be compromised or hacked, and some people, if presented with the opportunity, will exploit the system to gain an unfair advantage. In addition, specific software can be used to analyse the hand histories of all players, and what makes this all the more alarming is that this data can be availed of for a fee. While it is perfectly acceptable to use software to analyse one’s own hand histories, obtaining the hand histories of other players is viewed as a violation of the rules of online poker.

Now that you are familiar with some of the ways in which people cheat at online poker, you are better equipped to notice any discrepancies and play a safe game. As always, stay alert, have fun and play responsibly!