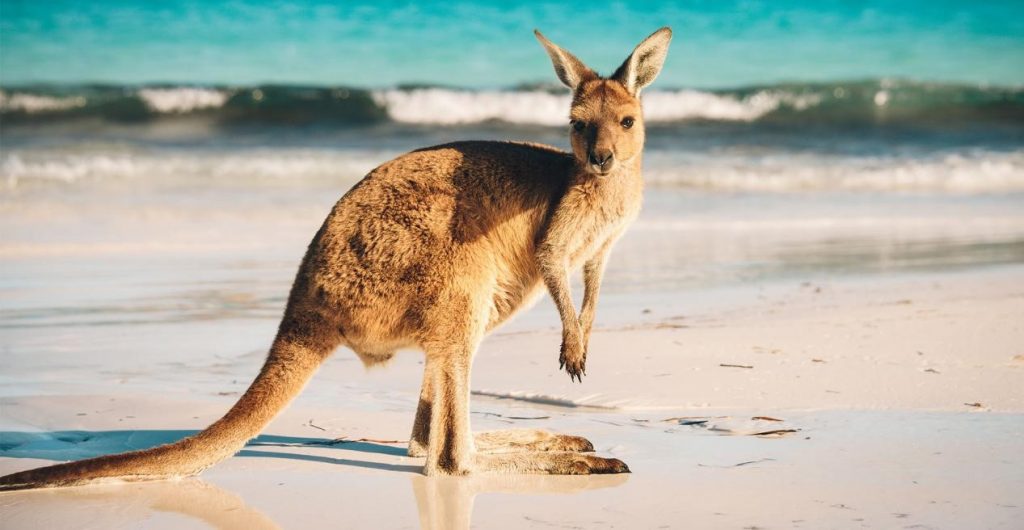 Australia is known worldwide for being a country of extremes; an immense island between the Pacific and Indian oceans, with more than 50% of desert forming its territory, which offers great adventures on water or on land, just choose!

The country is very peculiar, with exotic animals that can only be found there, such as the kangaroo, which is the national symbol, and the platypus, which attracts everyone’s curiosity, in addition to the Outback desert, which comprises the largest part of Australian territory.

With so many destinations to visit, Australia offers great opportunities all year round! That’s why we’ve made a selection of the best things to do in each season of the year in the country during your study in Australia.

Spring is certainly the most suitable period to be in contact with nature, as it is during this period that it reveals itself most graceful and exuberant. Even with most of its territory formed by deserts, Australia also has large national parks where you can get to know the exotic animals of the country up close.

International students can’t miss Kakadu National Park, with excellent options for camping and safari tours, Kuranda Forest, where you can see koalas in the wild and visit the zoo, and Uluru-Kata Tjuta National Park, which has with beautiful landscapes of canyons and also with the Australian Aboriginal culture.

The summer in Australia has a duration very similar to that in Brazil; the season runs from december to february, with days of extreme heat that can reach up to 50ºC in the Outback desert region. Therefore, visitation is practically prohibited during this time.

On the other hand, the beaches that surround the country are full of tourists and offer great attractions for those who want to have fun, such as several surfing championships promoted by the Boardriders Club, which are held on practically every beach in the country.

You can also be interested in paradisiacal beaches such as Cape Woolamai in Victoria, Woodgate in Queensland or Foster, in addition to many other deserted beaches that are waiting for you, just go out and explore!

Take advantage of the mild weather provided by autumn in the months of March, April and May to be surprised by the great urban centers of Australia. Starting with Sydney, which is the gateway to the country, where you can visit the Opera House, one of Australia’s most famous postcards; shopping at the Queen Victoria Building and having fun with family or friends at Luna Park.

You can also visit the capital Canberra, which offers excellent cultural attractions and some wineries, and the city of Melbourne, to experience the Formula 1 circuit.

In winter, you can explore Outback desert cities more safely, as summer temperatures are unbearable. Also take the opportunity to explore the city of Alice Springs, which offers excellent underground hotel options! Because of the high temperature in the desert, it is common for cities in the region to have several underground constructions to protect residents and visitors from the heat. You can also check out Thredbo, Mount Buller and Falls Creek parks, which offer great skiing!

Studying abroad in Australia goes far beyond learning and mastering the language and visiting the infinite natural wonders. Being an international student is having a unique opportunity to learn new habits and customs in the best possible way: experiencing and practicing other customs and a new lifestyle.

Get to know some local customs that may seem very different to yours, but that will certainly become an unprecedented and unforgettable experience during your stay in one of the countries with the highest quality of life indicators in the world!

Get used to all kinds of outdoor events, including weddings, birthdays and get-togethers. More than 80% of Australians live close to the coast, at distances of less than 50 kilometers, and in addition, their cities have many parks and green areas. Get used to sports, walks and local celebrations on the beaches, picnics and barbecues in squares and parks, and almost never stop walking and socializing outdoors. But don’t forget: in Australia you don’t eat or drink in the paradises. And alcoholic beverages are not consumed outdoors or on the streets, only in bars or homes.

Australians live in perfect harmony with the animals. And it’s not just about the iconic wild animals, but also the animals that can enter homes, including insects and arachnids. You will never see an Aussie kill a cockroach or spider inside their house, no matter their size. They will, at most, gently remove them with a sheet of paper and place them in the yard. Don’t be alarmed when you come across this fauna living peacefully on the walls of the residences.

Australia has many laws that we would consider unusual. In Melbourne, for example, it is illegal for you to change the light bulbs in your home yourself unless you are a licensed professional electrician. There, horses are forced to walk around town wearing diapers.

In Australia, parties have a time to start and end. Arriving late or staying longer than the agreed time is extremely inelegant. Another time limit that is usually different from ours is that practically all shops close promptly at 5:00 pm. Even the malls and some cafes close at this time, so I always look at the clock! It may be that you arrive at 4:50 pm at a store and the vendors usually politely bar you at the door saying “Sorry, we are closing”.

That’s right: baths last a maximum of 5 minutes. Water is a very scarce resource in Australia, which has experienced periods of severe drought. Never waste water in Australia, including bathing.

In Australia there are almost no maids or domestic servants, except in large mansions. In general, everyone takes care of cleaning and organizing their own home, regardless of the economic situation.

Australians tend to dress casually and casually. The second-hand clothing culture is quite common as well. People dress for comfort and don’t stare at each other on the street to check what they’re wearing. In fact, it is very common to see people optionally walking barefoot through the streets, markets, shops and the like. Also, wrinkled clothes are quite common and no one seems to mind.