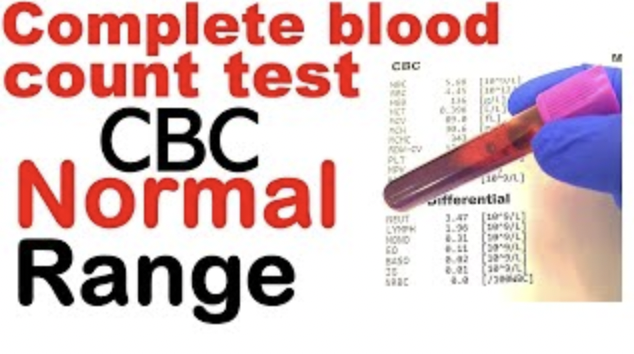 The complete blood count (CBC) is one of the most common tests that are often ordered in laboratories among blood tests. It is the count of the formed elements present in the blood.

This test is performed using a specialized machine that takes a few minutes to analyze and calculate the different components in the blood. Majorly, the blood count is the calculation of the number of platelets, white blood cells and red blood cells. It is also named full blood count or blood cell count.

Most people do not know about the CBC blood test that doctors ask them to get done in case of health issues. Read this blog to know more about the complete blood count test.

What is a Complete Blood Count?

A CBC test is generally initiated to effectively measure the amount and features of different formed elements present in the blood that includes:

On average the cost of a CBC test varies somewhere between Rs. 300 to 500. However, the cost also depends on the below-mentioned factors:

Use of complete blood count test

A CBC test is a common blood test which is initiated in case of detection of certain health issues or can be a part of a regular checkup. This test can be proven helpful to detect various blood disorders. The doctor can ask you to get this test done for multiple reasons such as:

What do the results mean?

The fluctuation in the normal count of the blood components may lead to various blood disorders such as:

However, the abnormal count of blood components isn’t always a sign of a serious medical condition that requires treatment. The fluctuation can also be the result of lifestyle, activity level, diet, menstrual issues or lack of hydration etc. It is recommended to consult the authorized medical professional in case of any anomaly.

The CBC blood test is a crucial comprehensive blood test that helps the doctor evaluate the count of each type of blood cell in the body. The CBC majorly determines the number of White blood cells, platelets and red blood cells. All these cells impact the overall functioning of the body significantly thus it is essential to keep monitoring them regularly.